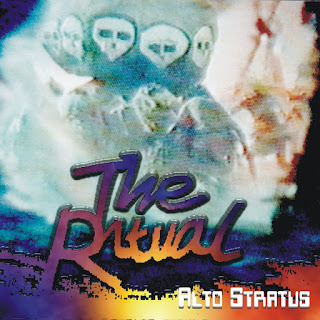 Country: England
Tracklist
1. The Golden Dawn 08:34
2. Scrying 11:01
3. The Astral Dark 04:30
4. Bardo Thodol 06:46
5. Ceremony 18:14
6. Trancemission II 04:44
7. Mandrake (The Man Root) 05:07
8. The Captive 15:21
The duo of brothers Alan and Steve Freeman (owners of Ultima Thule label),
spent much of their spare time during the 1980's experimenting with electronics, synthesizers and sound collage,
recording more than thirty releases as Alto Stratus and other projects
like Vrije, Q.S.O., Electric Junk, The Newt Hounds, Biomechanoid etc.
Descriptive of man's rituals and ceremonies, the music on this album attempts sonically to reflect
the calm serenity of meditation, the tense air of the ritual dance and the weird realms of occultist magic
with synthesizers and sound sampling, to create surreal sound paintings, taking the listener way beyond physical realms.
"The Ritual" was the culmination of ten years of sonic exploration and self-training,
developing their own language as non-musicians.
Recorded over a period of four days, it was one of the few recordings that they took advantage
of the multi-tracking possibilities of a 4 track Teac reel to reel,
so for the first time they could play back and dub live without loss of quality.
During recording the band members immersed their selves in the concept of magic and mysticism,
engaging in hypnotic and entangled patterns of sound, using synthesizers,
keyboards and sequencers, plus loops and sampling.
Some well-known voices can be heard imparting their wisdom in a repeated looping fashion,
all adding to the ritualistic feel.
The bonus track "The Captive" was taken from the 1985 cassette compilation "A Cage Went In Search Of A Bird".

Memory
Posted by Panacea at 23:50 0 comments 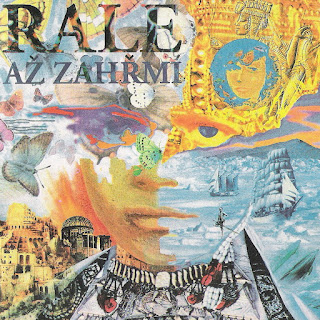 Country: Czech Republic
Tracklist
1. Až Zahřmí 05:32
2. Přiznání Odysseovo 04:07
3. Řeka 04:23
4. V Každém 03:17
5. Na Niti 04:53
6. Zahrada 07:02
7. Galloping 02:39
8. Žalm Svatojánský 04:18
9. Ve Skulině 05:41
10. Netopýr 02:40
Rale arose in East Europe in the 90s bringing together musicians from folk, world, rock,
improvised, and experimental music backgrounds, retaining the delicate appeal of folk acoustic guitars,
the complexity of avant-prog, and the distinctive touch of Czech rock.
Formed in 1993, Rale came to life through a chance meeting at the International Music Festival MIMI in Marseille, France.
There the guitar duo from the musical group Dunaj, Vladimír Václavek and Josef Ostřanský
befriended the Japanese violinist Takumi Fukushima
(who, among other things, collaborated with Volapük on their album "Polyglöt")
and French-Vietnamese singer and dancer Cynthia Phung-Ngoc.
The four of them sat down to write the material for their first eponymous album that was released in 1994 on Wolf Records.
Their various influences were cemented in East-European folk traditions,
giving the band a sound somewhere at the crossroads of Dunaj,
Iva Bittová (with whom Václavek recorded the album "Bílé Inferno"), and Pavel Fajt's Pluto.
Lyrics were written and sung in English, French, Spanish, Vietnamese, Czech, and Japanese
while Phung-Ngoc's voice on record and presence on stage quickly gained the group a cult following in Europe.
The group was later expanded to a quintet with the arrival of cellist Andrea Konstankiewicz
who she had already played in one of Ostřanský's other projects, the avant-alternative rock outfit Boo.
Two CDs featuring this lineup saw the light of day before the decade closed, "Až Zahřmí" (Rachot Behémót, 1998)
and "Twilight/Soumrak" (Indies Records, 2000) that featured Miloš Dvořáček as a guest on drums/percussions.

Memory
Posted by Panacea at 23:07 2 comments 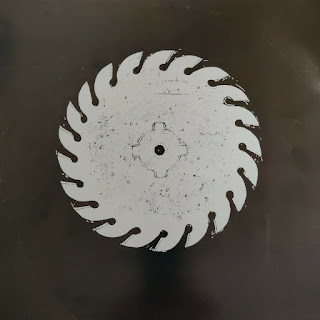 Country: Belgium
Tracklist
1. Natura Magica 12:35
2. Stahlkadanz 01:16
3. Lebensborn 05:57
4. Kampfbefehl 12:03
5. Sieghymne 01:53
6. The Face Of God 07:48
7. Necronomicon 02:33
8. Victory 04:40
9. Maschinenzimmer 11:10
10. Radio Europa 03:32
11. Subterra 09:30
12. Silezia 06:28
13. Pogrom 03:02
14. New European Order 06:15
15. Retrospectiva And Reveille 05:44
Militia is a Belgian industrial band from Bilzen-Rijkhoven in the province of Limburg.
Co-founder Frank Gorissen was active as an industrial music DJ
at the independent radio station Radio Demervallei in Diepenbeek.
For his radio show Radio Militia, he sometimes invited musicians who played in the radio studio.
There he met Jo Billen and together they founded the industrial project Militia in 1989.
In 1990 Jo Billen left the band and continued with his projects Onehouse and The Lama Home Band.
Most of their percussion instruments are made out of oil barrels, old metal parts from cars, machines and scrap material. They combine these self made instruments with conventional drums, toms, cymbals and electronic instruments.
The band members also play a variety of wind instruments (self made and others)
while their live shows are completed with the projection of documentary films and slides.
Militia present in 1996 their first official album "New European Order", a 3 LP set in large fold out cover,
released by the German cult label Praxis Dr. Bearmann.
In 2017 the album was re-released as a double CD via Old Europa Cafe.

Memory
Posted by Panacea at 22:58 0 comments 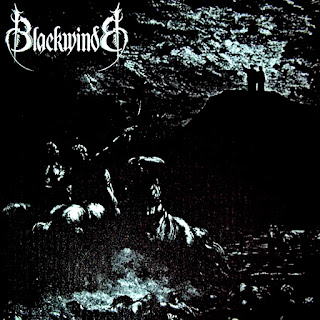 Country: Sweden
Tracklist
1. The Black Wraiths Ascend 06:38
2. The Watchers 02:47
3. Share My Doom 05:40
Blackwinds was Lord Mysteriis (Setherial, ex-In Battle etc.) project
which he formed around 1998 during Setherial's downtime.
In 1999 he released the debut EP "The Black Wraiths Ascend"
with the help of Zathanel (Blot Mine, ex-Sorhin, ex-Setherial etc.) on bass
and Lord Kraath (Setherial, ex-Egregori) who handled the vocal work and guitars.
The EP was released through Bloodstone Entertainment in a limited edition of 300 hand numbered copies
and was recorded and produced by the band at Greencastle Studio.
After a long hiatus Blackwinds gave a sign of existence in 2008 with the release of "Origin"
that presented the three tracks from the sold out debut EP plus four unreleased tracks
featuring Infaustus (Sorghegard, ex-Setherial) on vocals.
The same year Blackwinds released their first, and only, full length album "Flesh Inferno" on Regain Records.

Memory
Posted by Panacea at 18:32 0 comments 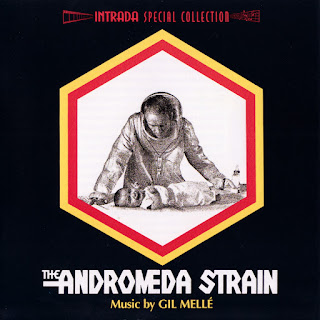 Composer: Gil Mellé
Tracklist
1. Wildfire 02:46
2. Hex 04:00
3. Andromeda 02:24
4. Desert Trip 04:14
5. The Piedmont Elegy 02:23
6. OP 02:45
7. Xenogenesis 02:40
8. Strobe Crystal Green 04:55
The Andromeda Strain is a 1971 American science fiction thriller film produced and directed by Robert Wise.
It is based on Michael Crichton's 1969 novel of the same name and adapted by Nelson Gidding.
The film stars Arthur Hill, James Olson, Kate Reid, and David Wayne
as a team of scientists who investigate a deadly organism of extraterrestrial origin.
With a few exceptions, the film follows the book closely and it is notable for its use of split screen in certain scenes.
The Andromeda Strain was one of the first films to use advanced computerized photographic visual effects,
with work by Douglas Trumbull, who had pioneered effects for 2001: A Space Odyssey,
along with James Shourt and Albert Whitlock who worked on The Birds.
Reportedly $250,000 of the film's budget of $6.5 million was used to create the special effects,
including Trumbull's simulation of an electron microscope.
The film contained a faux computer rendering, created with conventional film-making processes,
of a mapped 3-D view of the rotating structure of the five-story cylindrical underground laboratory
in the Nevada desert named Project Wildfire.
A 2003 publication by the Infectious Diseases Society of America noted that The Andromeda Strain is:
"the most significant, scientifically accurate, and prototypic of all films of this (killer virus) genre,
as it accurately details the appearance of a deadly agent, its impact, and the efforts at containing it,
and, finally, the work-up on its identification and clarification on why certain persons are immune to it."
The soundtrack of the fim was composed by Gilbert John Mellé (31 December 1931 – 28 October 2004),
an American artist, jazz musician and film composer.
Melle was born in New York City, where he was raised by a family friend after his parents abandoned him at the age of two.
As a child, he began painting and playing saxophone as a teen.
Before he was 16 years old, he was playing several jazz clubs in Greenwich Village.
At the age of 19, he signed to Blue Note, becoming the first white musician on the label’s roster.
At Blue Note, he released five 10'' EP records before recording his first full-length "Patterns In Jazz", in 1956.
In addition to recording and performing jazz, Melle continued with his artwork
and his paintings and sculptures were displayed at several New York galleries,
while his art was featured on his own albums, as well as records by Miles Davis, Sonny Rollins, and Thelonius Monk.
He left Blue Note shortly after the "Patterns In Jazz" sessions, signing with Prestige.
Between 1956 and 1957, he recorded three albums for Prestige ("Primitive Modern", "Gil’s Guests", and "Quadrama"),
before deciding to halt his career as a traditional jazz bandleader.
Melle moved to Los Angeles in the ’60s, where he began to compose scores for film and television.
Over the next 30 years, he wrote scores for over 125 films.
He also began working with electronic music, building his own synthesizers, including (arguably) the first drum machine
and performing with the first all-electronic jazz band, the Electronauts, at the tenth Monterey Jazz Festival.
In 1967, he returned to recording with "Tome VI", an all-electronic jazz album released on Verve.
He continued to pioneer electronic music, writing scores for the tv series Night Gallery
and The Andromeda Strain entirely with synthesizers, which was unheard of at the time.
In addition to writing music for films, he composed several symphonies,
which he performed with symphony orchestras in Toronto, London, and New Zealand.
During the mid-’90s, Melle decided to concentrate on the visual arts,
in particular his computer-based digital painting, which drew great acclaim from art critics across America.
The Andromeda Strain was originally released by Kapp Records as a hexagon-shaped vinyl,
housed in an elaborate folded pod-shaped sleeve featuring an insert with folding instructions.

Memory
Posted by Panacea at 20:42 0 comments 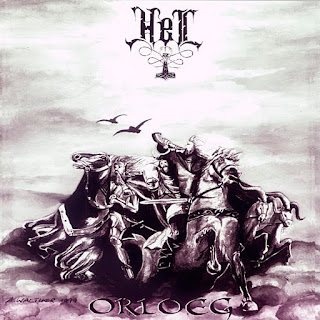 Hel was a German pagan black metal band that was created in 1994 by Valdr.
In 1995 he released in limited numbers the first demo entitled "Miölnir".
A keyboardist helped him out, but the result didn't really meet his expectations.
In 1997 Skaldir joined him and together they released their second demo "Gedanken Und Erinnerung".
The demo caught the attention of Ars Metalli
and a contract was signed for the release of their first full length album "Orloeg" in 1999.
After a long pause Hel recorded in 2004 the 10" EP "Pagan Midgard Art"
that was published by Det Germanske Folket in 473 copies.
From 2005 to 2012 three more albums were released before the band decided to split up.

Memory
Posted by Panacea at 16:58 0 comments 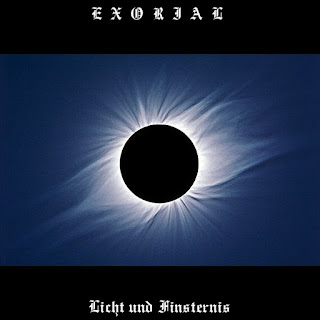 Memory
Posted by Panacea at 20:44 1 comments